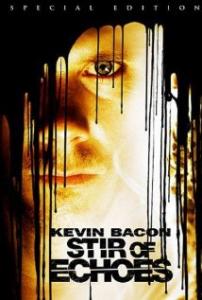 Tom's a regular guy, a utilities lineman, married, with a young son, his wife is pregnant; he hangs out with long-time pals in a Chicago neighborhood. At a party, his sister-in-law hypnotizes him, and he goes into a deep trance. Before waking him, she suggests that he keep his mind open. That night he sees flashes of violence and the ghost of a young woman. His young son, too, is "a receiver," but while the boy is calm and coherent in his conversations with spirits, Tom is confused and agitated. Over time, the young woman's story comes to the surface, and Tom begins a hunt for her body that puts him and his usually understanding wife, Maggie, in grave danger.